The alarm woke Alex and I up at 4:00 AM. Tired but excited, we realized that CBC Day had began. We would begin with some owling in our count area of southern Fairfield. We met up with James Purcell, another young birder also from Fairfield, and the sky was still completely dark. Nothing showed up at Ash Creek, our first location, but at Pine Creek’s Salt Meadows, we heard a Great Horned Owl. It’s not as good as the Long-eared Owl that was heard last CBC, but a Great Horned in south Fairfield is a great record and a sign that owls may be nesting nearby. We stayed in Pine Creek for the morning, as it is Fairfield’s premiere birding spot this time of year. We met up with some other birders, along with young birder Preston Lust. Pine Creek was hopping with sparrows from the beginning, including good numbers of sparrows, chickadees and finches. We moved further down the trail and added Fox Sparrow and Winter Wren to our day list, a couple good but fairly expected ticks for Pine Creek. We went further down the trail, and got a Tufted Titmouse, a surprisingly hard bird for the area. We would only end up with three of them for the entire count area. 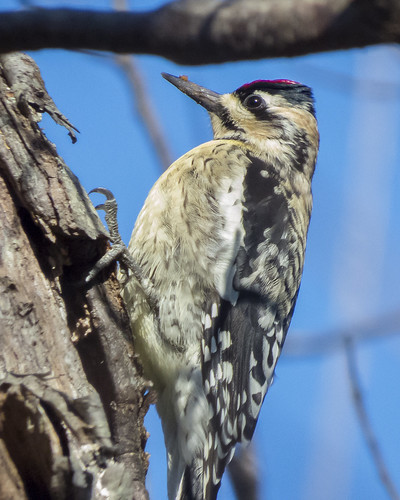 We moved down a coastal section of the trail, noticing a Hooded Merganser and Red-shouldered Hawk by the water. At the end of the trail we found a Belted Kingfisher and a Northern Flicker. Monk Parakeets and a Yellow-bellied Sapsucker also made an appearance on the same trail. We were adding some good species for the day, and we were only on our first location! In hopes of reaching 40 for the day before splitting up, we continued on. We moved towards the Pine Creek Golf Course, where Alex had scouted out a Gray Catbird the day before. But before that, we got one of the best birds for the entire trip! An Orange-crowned Warbler was skulking in the brush! Not only is this a great species for the count, but it was my 400th life bird! I got pretty good looks but no pictures. There were also some American Tree Sparrows moving near it. As we moved out to the golf course, a Pine Siskin flew over! Now things were really heating up, and we continued to do so with the catbird that Alex was scouting. In fact, there were not one, but two catbirds moving around with a Red-bellied Woodpecker in the brush.

We met up with Aidan Kiley and Jory Teltser, who were chasing Jory’s 300th bird in CT for the year, a little later. At the entrance of the park, where we had began, Jory IDed a Tennessee Warbler, definitely the rarest bird for the count! The looks weren’t great, and I didn’t see it, but I’m positive that Jory had the correct ID. After Pine Creek was done, Alex, James, Preston and I split off to finish Pine Creek and do the inland section of our count. Pine Creek Beach was fairly quiet, until a pair of Bald Eagles flew over! Also a hard bird to find in Fairfield, these majestic birds were a great addition for the day and would be our only eagles on our count section. On the Bubble Trail, we added a Brown Thrasher, a nice bird for the winter, completing our “sweep” of the three mimids. However, we were still missing a Swamp Sparrow, a troubling bird that should have been quite common. Upon our return to the Salt Meadows, we met up with VP Brendan Murtha, and we headed over to eat some lunch. Afterwords, we headed to Sasco Beach, where we hoped to get a little seawatching in. We added Brant, Long-tailed Duck and even a Northern Gannet! However, even more exciting was a Horned Lark flock and a Savannah Sparrow just as we were beginning to leave! Those two birds were pivotal to our count list, and getting them was a huge relief. Our next stop was Upper Ash Creek, where a Eurasian Wigeon had been reported. We got that, and added a few new day birds including Green-winged Teal and Hooded Merganser. 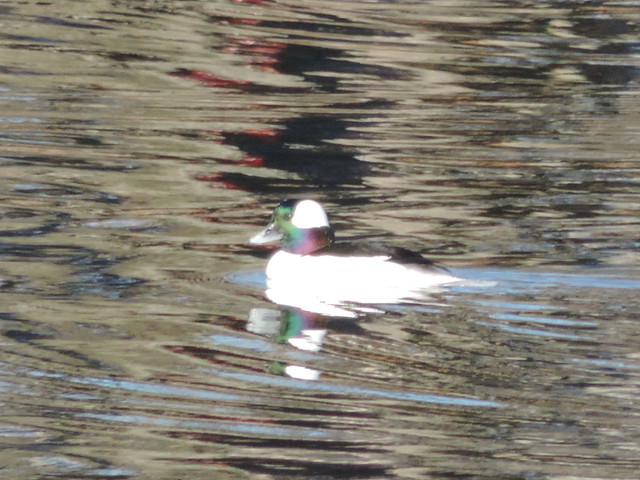 Ash Creek yielded some extra birds, including a Northern Harrier and some extra dabbling ducks. A Belted Kingfisher flew by as we walked down the trail, and some quick seawatching from the point revealed a few Long-tailed Ducks in the ocean. We then moved to Jenning’s Beach, where we hoped to add an overdue Yellow-rumped Warbler. We did meet up with the rest of the club, as we had all came together to finish out the count. It was pretty productive, as we got a couple more gannets as well as a flock of Greater Scaup. I went with Brendan and James to seawatch near Sunken Island, which besides a few White-winged Scoters did not add much to our species count. We headed back to Alex’s house for the end of the day. Overall, we had quite a successful day, totaling 68 species. The compilation dinner was quite fun, and the count as a whole had 108 species, with highlights being the Tennessee Warbler, Ash-throated Flycatcher and Marsh Wren. However, missing out on Swamp Sparrow was impactful, as nobody else on the count had it either (Pine Creek is the best spot for them in the whole count area). But, it was a great time, and we all had some great sightings for the day. 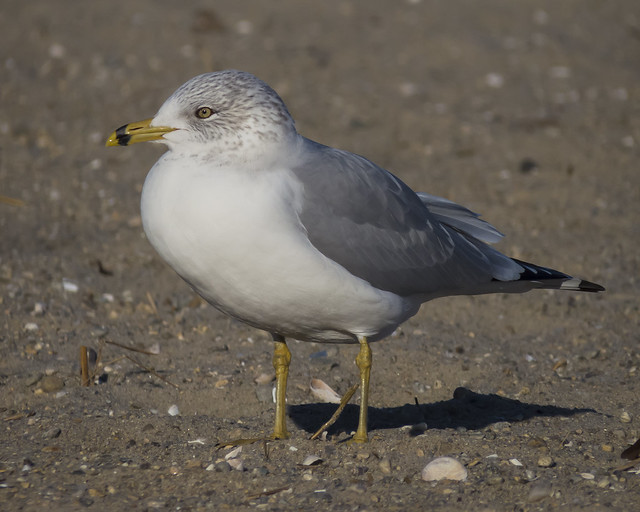