This trip was quite eventful and memorable, and I enjoyed writing this trip report. I hope you enjoy it. Our trip was supposed to be a sweep of rarity chasing and Hammonasset, along with some stops at East Shore and Lighthouse Point Park. But our trip plans would potentially be changed by the appearance of a Pink-footed Goose in Avon, well off course from our original trip itinerary. After a heated discussion between the group, we decided not to go and hope it stayed until tomorrow. But it did get to the point where I was wishing that the bird didn’t even show up and such a commotion would never be caused.

Now with a solid trip plan in place, we headed to Lighthouse Point Park in New Haven, one of the best spots for morning flight in Connecticut. We picked wisely, as thousands and thousands of icterids flew over in globular masses. Grackles constantly streamed through in astounding numbers. It was truly a sight unlike anything else. 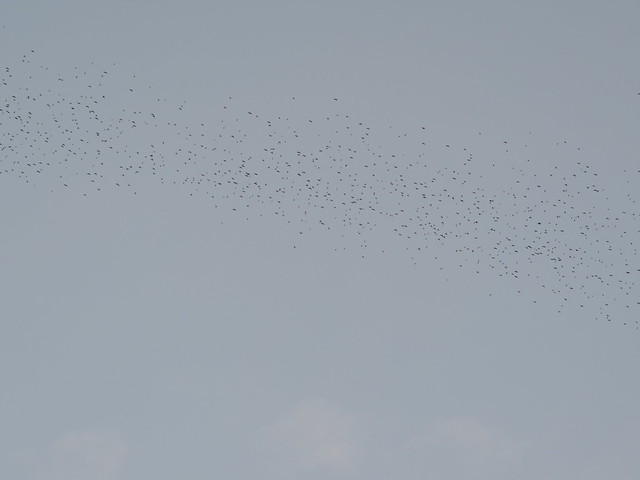 But even more exciting was a Cave Swallow that shot out of the flock. This was a life bird for me, and a pretty cool bird to have on my Connecticut list. It quickly flew over and then disappeared behind the trees. This chunky and warm-toned swallow is brought northeast occasionally from its southwestern breeding grounds. We took a quick break to check the New Haven waters, but nothing was there, and of course, blackbirds continued to stream over.

A quick stop at East Shore Park yielded little, so we headed to a private residence in East Haven to look for a continuing White-winged Dove that some group members needed. The dove did not show itself, but there were large numbers of Mourning Doves around. Our next spot on the day was Hammonasset Beach State Park, one of Connecticut’s most lovely and diverse birding locations. We could see anything from sea ducks to Long-eared Owls. We first walked up a trail beside the Long Island Sound, where we got great looks at a male Common Eider molting into its adult plumage. We snapped a few pictures and moved on. At the end of the trail we pointed out a flock of Dunlin, with a Ruddy Turnstone and some Black-bellied Plovers. There was also a Harbor Seal hanging out in the water, which was fun to see. As we walked back a Cooper’s Hawk flew right by us and zoomed over the Sound. We noticed some Surf Scoters and Red-throated Loons in the water as well. 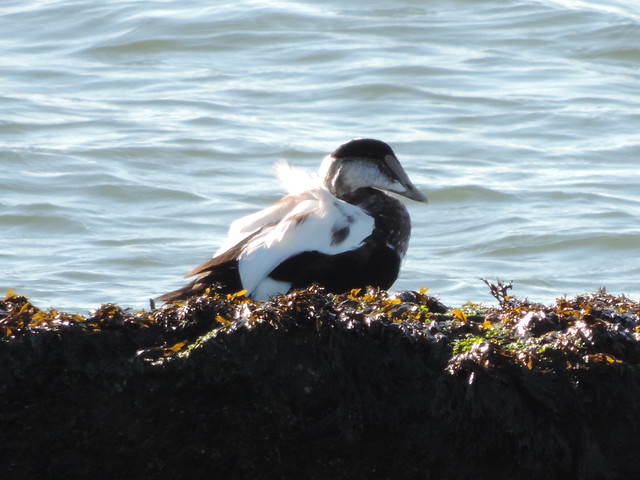 Also enjoyable at Hammonasset was an awesome flock of Snow Buntings and Horned Larks that let us get really close. We even found a Lapland Longspur in the flock, a life bird for Preston! These birds are usually pretty skittish, but we were lucky enough to get awesome looks at these birds. Next we began to move west, heading to the Stratford Marina to quickly pick up a continuing Hudsonian Godwit. That was a fairly easy tick, and I finally got that bird that had been there for months. We then headed to Sherwood Island State Park to find our next rarity on the day, the Ash-throated Flycatcher. And that’s when things got a little chaotic. 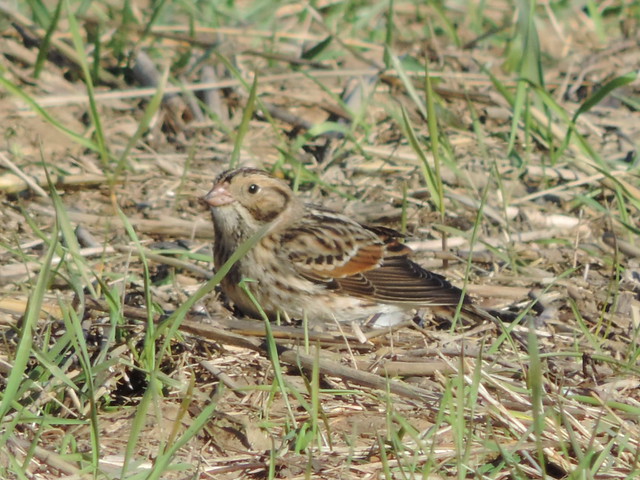 Once we arrived at Sherwood, Preston and I quickly began to look for the Ash-throated Flycatcher. We had briefly split up because Alex, Brendan, Jory and Aidan were going to stop at Alex’s house for a break. However, after a couple minutes of looking for the bird, Alex walked down the trail. I was even more surprised to hear from him that there was a Western Tanager at Hammonasset! Once again, there was a game-changing bird that might change our trip plans. It was already about 3:00, and a quick shot out to Hammonasset would be pushing the amount of daylight we had. And, Preston and I still really wanted the Ash-throated Flycatcher that had yet to show itself. Suddenly, Jory came running in and pointed us to the spot where Tina Green had last seen the bird. It flew in for about ten seconds, just enough for us to get it, and left. Our next stop would be Hammonasset. 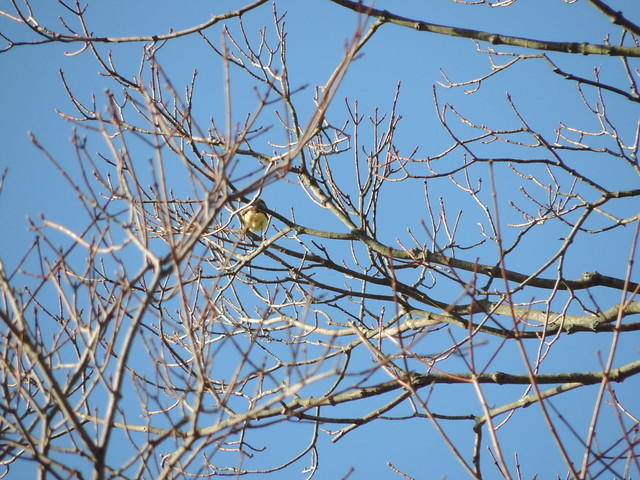 We had to move quickly, and now that my dad had left, Jory’s dad would pick up the driving duties for the rest of the day. We quickly got out of Sherwood, despite my last-ditch effort to find a Dickcissel there that proved unsuccessful. However, our plans got a little messed up, as we got into a little fender-bender on I-95 on the way to Hammonasset. So Aidan, Preston, Jory’s dad and I (who all weren’t too elated about getting the bird anyways) headed back to Jory’s house where we would meet the rest of the group. We told them what happened and wished them luck on getting the Western Tanager.

However, even luck could not help them when we saw an email that Aidan got. Apparently, the bird that was IDed as a Western Tanager was actually a Baltimore Oriole! The half of us that were heading to Jory’s house couldn’t help but laugh. All that way for a Baltimore Oriole! When we met for dinner at a restaurant in Westport, we had to mention it, and the group was surprisingly lighthearted about the whole thing. It was certainly an eventful day, and although there were some bad moments, it ended up all good in the end. All we could say was, “You can’t make this stuff up!”