Our April trip for the CT Young Birders Club focused primarily on picking up some of the early spring migrants that were beginning to arrive in Connecticut’s Fairfield County. This was my first trip with the group, and Aidan, Alex, Brendan and Preston also were there. The first spot we visited was the Trout Brook Valley Preserve, in Weston. As soon as we got there Louisiana Waterthrushes were singing, a yearbird for some of the group. Trout Brook turned out to be very birdy this morning. As we ascended the trail we got bad looks at Blue-gray Gnatcatchers, and we even heard Pine Siskin and Purple Finch. We also got to hear the lovely song of the Ruby-crowned Kinglet. We also noticed that Pine Warblers were singing throughout the trail. Spring birds have arrived here in Weston!

As we continued on the trail, we noticed a pair of Hermit Thrushes skulking through the woods. Unfortunately we did not hear their song, which we agreed was one of the best bird songs in the world. Once we got to the Aspetuck Reservoir, a beautiful Yellow-rumped Warbler gave us good looks. It was a surprisingly quiet day for swallows, and we only saw one Barn. On the way back we heard Eastern Bluebirds, saw more gnatcatchers, and found a Two-lined Salamander, which we got good looks at. Just as we were about to leave, we saw a Common Raven and a Broad-winged Hawk flying in the sky. The Broad-winged had a black trailing edge and a dark, banded tail, key field marks for IDing the bird.

Next we traveled to the nearby Hemlock Reservoir looking for Cliff Swallows. Unfortunately, there were not many swallows there, and only a few Northern Rough-winged Swallows appeared. Aside from some quick looks at possible Cliff Swallows exiting nests, we did not see any of them. However, our time there was not a complete waste: we got looks at Pine Warblers and a Common Loon in breeding plumage. Next we headed down to Sherwood Island State Park, but a ridiculous entry fee sent us somewhere else.

We headed to Southport Beach in Fairfield, the spot where a Little Gull had been spotted a week ago. There were also reports of Eurasian Wigeon, a nemesis for me. However, the wigeon did not show, partly because of high tide. There were only American Wigeon there. Other notables there include a Snowy Egret, more Northern Rough-winged Swallows, and two woodchucks. A quick stop at the Southport Harbor in search of Purple Martins did not get us anything, so we headed over to Ash Creek. 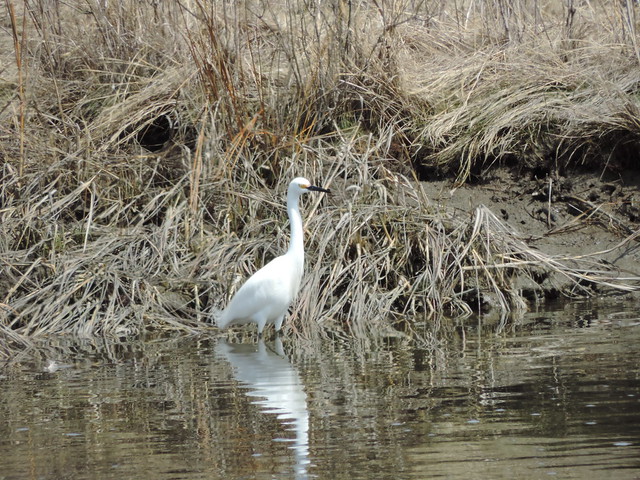 At the Ash Creek Open Space in Fairfield, there were Savannah Sparrows flitting around as soon as we got out of the car. Not a yearbird, but a new one for the day. As we begun on the trail, we got good looks at robins, grackles and flickers. We saw four yellowlegs but their calls and bill lengths identified them as Greater. The highlight bird of Ash Creek was a lovely Yellow-crowned Night-Heron, a yearbird for Brendan. It was a great view of a very nice species of heron. After some Red-breasted Mergansers in the water and Ospreys in the sky, we concluded our trip. We had a great time and got to set up some plans for the club! 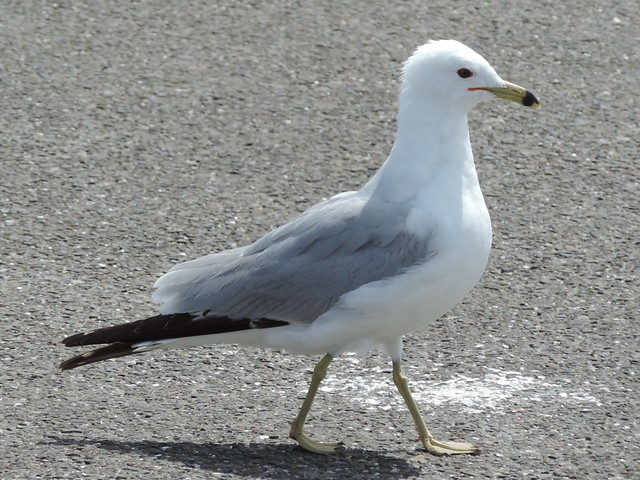 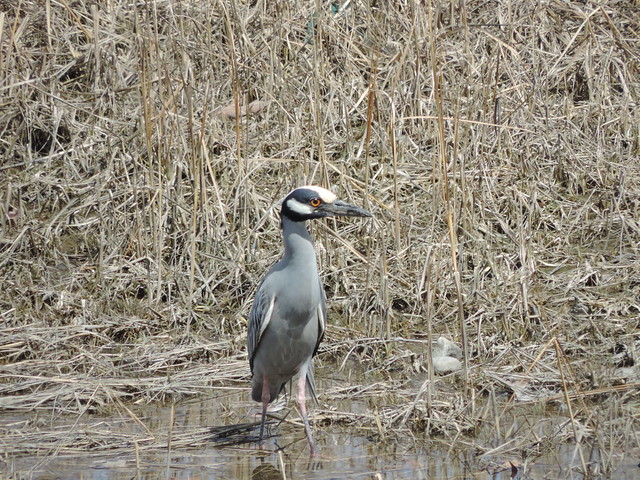 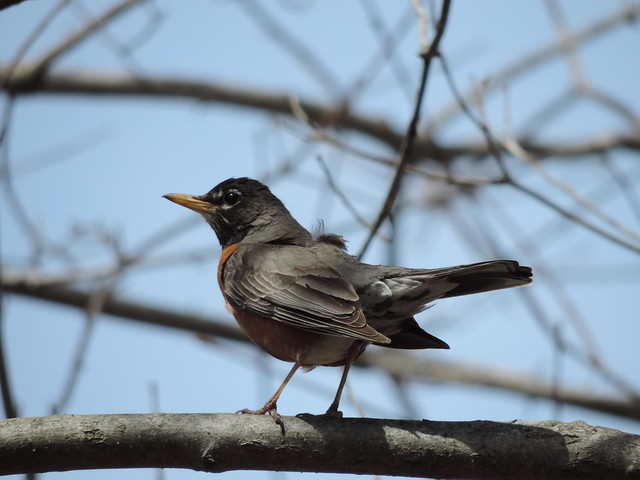